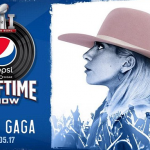 This year's Superbowl was spectacular including the performance on the field by both teams.  I personally wanted the Patriots to win because I love Tom Brady and think the Patriots are an awesome team.  I was inspired by the Atlanta Falcons and how they handled themselves against Green Bay.  This is a team that has lots of potential for years to come. If they would have won … END_OF_DOCUMENT_TOKEN_TO_BE_REPLACED