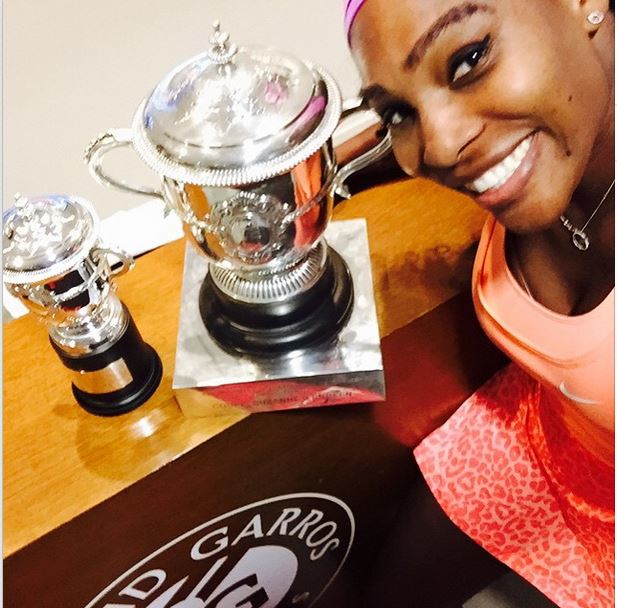 I am so happy for Serena Williams winning her 20th Major tournament at the French Open this year.  This was a remarkable tournament this year for Serena after overcoming a bout with the flu during this tournament.  She beat a very tough opponent Lucie Safarova 6-3 6-7 (2) 6-2 to win the 2015 French Open on Saturday and earn her landmark 20th major title.

It is amazing that Serena Williams is going very strong and seems to have a lot of energy for years to come at only 33 years of age. I believe that she definitely will surpass Steffie Graf’s 22 majors.  How could you not believe this, after seeing Serena this year at the French Open, overcoming adversity in some of her early matches.

You can’t leave out that special person in her life, Coach Patrick Mouratoglou. They are absolutely great together as a team.  I am not saying that there is anything romantic going on between them, but you definitely have to agree that Serena has definitely matured and found her stride since having him as a Coach.  Congratulations on having a successful relationship of winning seven majors together in 3 years.

Congratulations on winning your 20th Major Tournament at the 2015 French Open.